I am completely and utterly STUNNED by this article!!!  "Jenny Craig is Top Heavy Hitter: Diet Showdown Reveals Which Plan is Best, Pound for Pound."   - Weight Watchers, the best weight loss plan on the face of the earth, came in THIRD after Slim Fast.. you have got to be kidding me!!!

Okay.. now let me first tell you what these people just said. They said .. and I quote... "Jenny Craig's prepackaged, dieting-for-dummies plan as the No. 1 way to drop those pesky pounds."

Wait, there's more: "Weight Watchers is the most flexible, but the weight-loss results are never spectacular," Metcalf said."


Excuse me but umm: 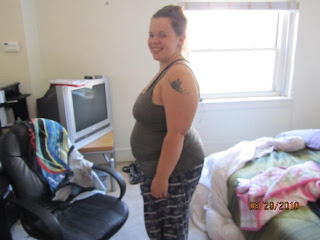 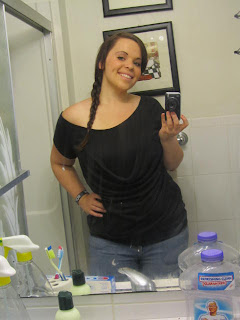 I'd say that's pretty dag on SPECTACULAR!
Or how about my girl Nicole: 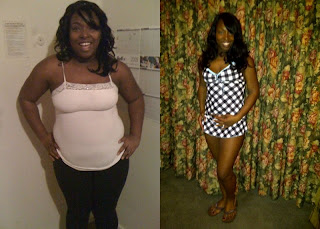 Who also lost her weight on Weight Watchers. You can find her on facebook:
Nicole's Weight Loss Challenges!!!!
So then.. the article goes on to say that they tasted the Jenny Craig food and it doesn't even taste good. So let me understand this...a DIET plan that requires you to buy only their expensive food AND the food doesn't even taste GOOD is the "winning" diet???

Oh.. but if eating nasty, prepackaged food doesn't work for you.. don't worry!! The next leading diet you can just drink watered down shakes all day! YUM!!!

But.. and again, I quote:  "the Achilles heel of Slim-Fast is that after six months, people really start to drop out. Maybe they just can't look at another shake."


Man oh Man! This article bothered me to my soul!! After WW (coming in 3rd), came Atkin's and some Zone Diet that I never even heard of.

HOW THE HECK is glorious, wonderful, simple, delicious, satisfying, goal achieving, WEIGHT WATCHERS even included in this horrid list??!
The only logical conclusions that I can come up with to bring myself some peace are:
I am not upset that this article was written because everyone is entitled to freedom of press. What upsets me is that the "study", if that's what you want to call it, was done by Consumer Reports and PUBLISHED BY THE NY POST!!! They should be ashamed. I can't fully understand that the basis of the study even is. Who loses more fastest? Who sticks with their plan? I think this study was either half way done or very bias. So now people will see this post, not read into the details, and say to themselves - Oh Consumer Reports rates Jenny Craig as the best diet out there! .... this saddens me.

For the record I have tried a pre packaged meal plan.. Nutrisystem and as much as it may be EASY.. it sucks! Who wants to eat a frozen meal when others around them are eating pizza? ... On WW.. guess what? I can have a piece of pizza.. or two if I'd like!

Weight Watchers is the best. The truth. Point. Blank. Period. The end. But hey.. if you want to miss out on enjoying the tastes of life.. then go ahead and drink your shakes.. eat your frozen food.. leave the enjoying to the rest of us!!

Loved your post- WeightWatchers is the BEST "lifestyle" program out there- you go girl!~

Well said Krystle I think that about sums up what every WW memeber is thinking they should have never been included since it's not a diet plan it's a "lifestyle" change!

I would think in the long run Weight Watchers would be cheaper. You can buy the food you want on your budget. Also, all the sodium in the prepackaged food has to cause other issues for people. I personally have done none of those programs. I have used slim fast, but I've never followed the Slim Fast plans. I think Weight Watchers has a good system though.

By the way, YOU LOOK GREAT!

@Sarah I read your blog all the time. Seems like you have a good plan going too! I love WW. I also have tried Slim Fast but never the plan. I sometimes eat a slim fast bar being on WW and count my points. But yes I can imagine it's very expensive to buy prepackaged foods all the time!

You aren't angry are you?

I'm a 62 yr old male that has been following WW since the end of Jan 2011. In that short time I've lost 42.5lbs. and it wasn't eating the bland and tasteless food 'ole' Jenny pushes.

LMAO!!! I say the samething all the time. Everytime that commercial comes on tv, I ask.. how does that food taste after sitting on a shelf for days.. Or how are you going to know how to eat after you get to your goal weight!!

It can take on various forms, and in this case, eye drops to help against the eye condition known as Jessica Smith Williams Glaucoma. It does this by reducing intraocular pressure in the eyes, which plays a key factor in the progress and development of the disease.

Your articles make whole sense of every topic.Rockville Doctor

The talent of collection the stuff that you are providing is so amazing. Elon Musk

I'm delighted to mature so additional functional and informative collection on your web site.