Hey bloggers. I just wanted to update those of you who may not be on my Facebook.

We have been in the hospital with my baby girl now since Tuesday morning. We came to the emergency room because she had slept the entire day on Monday, hadn't drank anything or peed and she was breathing very rapidly.

So we were admitted to the hospital Tuesday afternoon and we are still here with no sign of when we are going home.

She got a second chest X-ray and it turns out she does have a pneumonia. She also has RSV, which is a respiratory virus that to an adult is a cold but to a child under 3, it affects them like the flu. She also had an ear infection that somehow the ER doctor didn't diagnose.

She has been through blood work, she has had two IV's, she has been catheterized, has had two X-rays, poked, prodded, and pulled at in every which direction and I must say she is such a good girl!!!! She is my little champ.

Last night was the first time she was really up and walking around a bit. We put her on portable oxygen but she just wanted to GO! She pulled the oxygen tube right off the machine.

Today we are hoping to wean her from the oxygen but she has to be completely off of it for 12 hours before we go home so we are sitting tight.

By the way: making healthy choices and staying on plan when your baby is in the hospital and just wants YOU and only YOU is near impossible. I really don't know what to expect at weigh in if I do make it there on Saturday! Hopefully I don't gain and they fire me from WW already ha. Wouldn't that be something.

Here are a few pics of my girl. 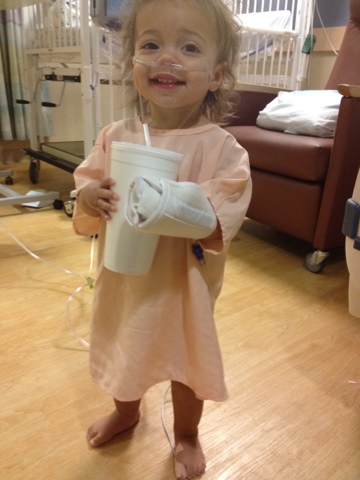 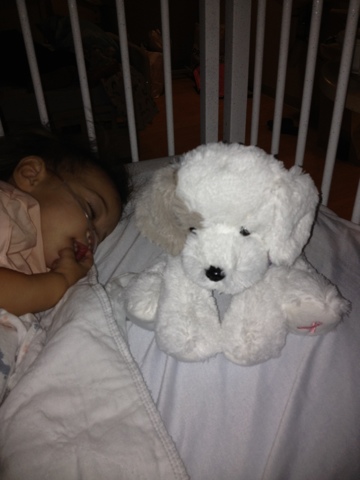 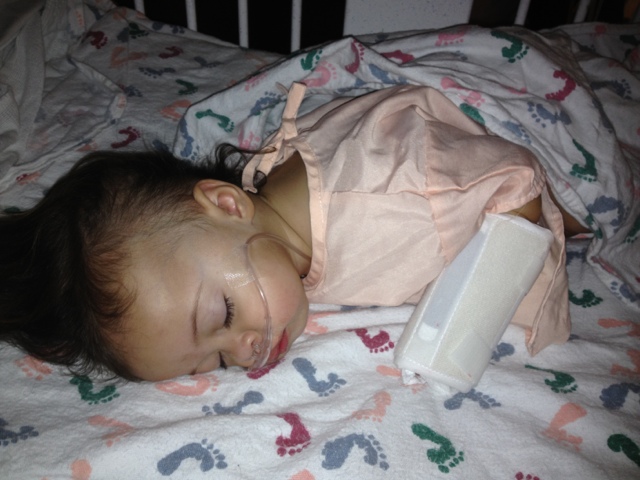 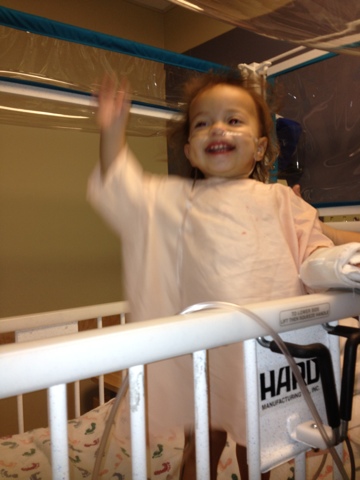 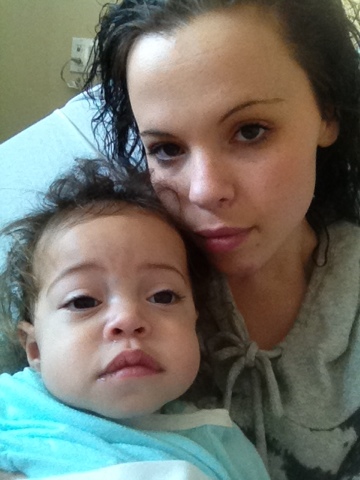 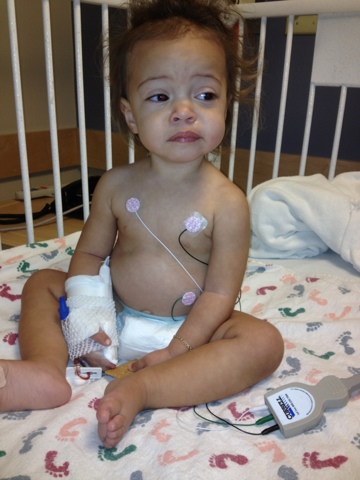 Oh bless her, what a trooper! I hope she gets better soon, don't worry about your weigh in, as a mother it is your job to put her first which you have done, without thinking about yourself, so you should be very proud!
She is adorable!
Sending you lots of love and happy thoughts
Sam xx

poor little thing... I know its hard I just had a moment like this two weeks ago and all my little girl wanted was me too so eating habits were bad them two days. I hope she gets better soon and you dont gain. Good luck!!

She is beautiful! God bless her soul. I will keep her and you in my prayers tonight, she will make a speedy recovery!

Hope your baby feels better soon :-)! I had pnuemonia a few years ago...not fun at all!

awwww the poor little thing -- you guys are in my thoughts & prayers for a speedy recovery!

you are handling it way better than i would!!

Will say a prayer for your little girl tonight, hope you're all home soon

Her smile just lights up the room, even in the hospital! I know from experience how hard it is to stay on track when a child is in the hospital- five years ago my son was in and out of the hospital for about two weeks when he had complications following open heart surgery. I was so overwhelmed that I constantly was nursing a Coca Cola and made MANY trips to the hospital cafeteria for deep fried comfort food. I gained over 10 pounds, I hope that you will have more strength than me! Could you focus on salads and fruits, are those available at the hospital? I hope that your daughter continues to improve and is HOME soon!

Bless your hearts (all of you)!! You guys are constantly on my mind and I'm constantly sending express prayers to my Lord and Savior! I can't even begin to imagine what you must be feeling but I will say this, you guys are truly STRONG!! Please oh please do not worry about the metal monster I'm sure you will be just fine. WI is the least of your worries! I'm thanking God right now for his healing!!! HUGS MY LOVE!!!

Hi, you are very caring mother. and she is also get well soon.. Our blessing is always with you and ur daughter.