A slew of things, a ton of awesomeness.

I get bored. And I get wrapped up in new things before I finish the last thing, which is why I am constantly changing my fitness regimen. First of all, let me say that I have not given up on Insanity. When I ended up in the hospital a couple weeks ago with my baby girl and wasn't able to complete the workouts, I decided to just press pause for a little bit with that. I plan to restart it after I reach my goal weight (which hopefully will be in the next several weeks!!) I believe it will work better for ME as a maintenance regimen.

The one constant about me is that I never STOP working out. Even though I change my regimen constantly, I am always doing SOMETHING and at the end of the day, I suppose that's the most important part!

Okay....so lots to talk about today!!! I will try to be brief, mainly because I have a short attention span and know that I can't sit and read really long blogs!

1st day working at WW: A lot of work!! I worked at a travel location so EVERYTHING was done by hand. No computers. I'm a child of this generation so thank God for calculators! ha! It was really cool being on the other side of the scale though and celebrating losses with members. Although, it is definitely hard to tell people they gained - that was my least favorite part. I don't know if it works the same in a meeting center location but we were there for a long time after the meeting! I got there at 4:15 and left at about 7:30. I was pooped!!

One thing that was REALLY cool is that there is a blind woman who attends the meetings at the location I worked at and the leader surprised her yesterday with a Pocket Guide all in Braille and audio recordings of all the handouts that we get for when you lose your 5%, 10%, setting goals, and so on. I was also impressed that this woman was so determined to workout, she asked us if we knew of any good audio CD's that would explain to her in detail the workouts she needs to be doing - DEDICATION!


The lovely, Miss Dacia! I absolutely love being able to meet other Weight Watchers who I have known through the cyber world for so long and give them a big ol' HUG!! I was able to do that a few weeks ago with Ms. Bitch Cakes and now I was able to do that with Dacia!! We have been friends for a while on twitter, through blogging, and the WW page and I adore her!! She was in town for a wedding so of course we had to get together! She is SUCH an inspiration, having lost over 100lbs!! Her and her hubby are just complete sweethearts. Sad I only had a short amount of time to hang out but we used our time to burn some calories by walking and chatting. Check out her blog. She used to be Thirty Three and Counting but NOW...she is Thirty Four and *OH SO* Fabulous!! 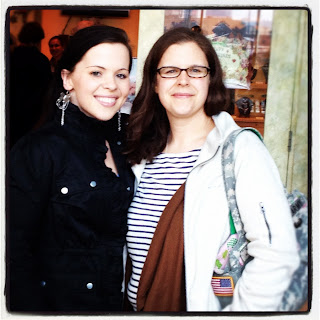 Fitness Assessment: My boyfriend's job offered him and his spouse....that would be me.....a membership at a local gym for 60 days for $60. The membership included two fitness assessments and two personal training sessions. I had the first assessment on December 15th, 2011 and the second assessment today - 2 months later. I was completely SHOCKED by the improvements!! At the first assessment, I was impressed with myself at how fit I was but today I expected to be about the same - I was wrong. Here are the results:

The rankings are based on other women my same age.


Overall Fitness:
December: Average
February: Above average
Weight (according to their scale):
December: 161.0
February: 157.0
Change:  -4lbs
Fat Weight:
December: 47.7
February: 43.8
Change: -8% body fat (Can I get a whoop whoop!!!!)
Treadmill:
December Rank: 70 (Above Average)
February Rank: 76 (Above Average)
Change: 9% improvement
Curl-Ups:
December: 36 reps (Above Average: Rank 68)
February: 41 reps (Above Average: Rank 75)
Change: 10% improvement
Push-Ups (This is the EXCITING one for me!):
December: 25 reps (Above Average: Rank 78)
February: 33 reps (WELL Above average!!! Rank: 90)
Change: 15% improvement!
One last thing - not that I have ever had high blood pressure, thank God, even my blood pressure IMPROVED since December!!!!
Finally, I ran into an old friend today at the gym. We were in a group in high school together and literally saw each other and spent time together several days a week for years. I haven't seen her in years and when I ran into her today she had NO IDEA who I was! I had to introduce myself by first and last name before she almost fell out on the ground astonished at how much weight I had lost! She told me I looked younger (not that I'm old...but that's still pretty cool) and that I even sound different LOL! It was so cool seeing her after so long and especially flattering at her reaction to seeing me. :) Makes me anxious for whenever I have a class reunion! haha
Weigh in is tomorrow and I am hoping for the best but accepting whatever the scale has to say! I have had TONS of NSV's this week including the fact that I have now run a total of FOUR miles this week!! I look forward to seeing those numbers multiply in the weeks to come. 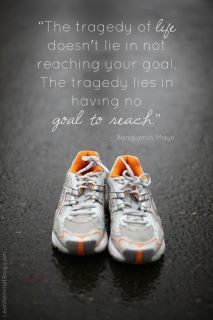 that fitness assessment sounds really cool, congrats on your improvements in such a short time! I'd love to hear more about your new adventure of working for WW, I think that is awesome.

Congratulations on doing your first day of work at Weight Watchers! I know that was a goal so way to go!!

That is inspiring about the blind woman. If she can do that, then certainly I can do it.

Thanks for sharing a link to Dacia's blog. I am always looking for new blogs to follow and I like hers a lot.

Your fitness results are amazing!!

(p.s. I just started my own blog http://positiveprettyhealth.blogspot.com)

I really appreciate this wonderful post that you have provided for us. I assure this would be beneficial for most of the people.
- fnaf sister location
- google maps street view