A little about Simply Filling and some other randomness

Wow, I have been a horrible blogger!!! I have my FB page that I started a couple months ago (Facebook.com/skinnyjeansdreams) and since I can so easily speak my mind on there when I think it, it seems I have less to blog about! I have to start saving some goodies for my blog, after all this IS my baby!!!

Many people have been asking about Simply Filling technique with Weight Watchers. I have been following it now for two weeks, although last week I went pretty off plan with Valentines Day and ended up gaining a little weight. I did Simply Filling again this week and I love it. I will know if I really love it when I see what the scale says but here is the gist:
Here is a link with some more details
Here is a list of power foods

With PointsPlus 2012, you now have the option to follow this plan one or two days out of the week if you want or whatever is convenient for you! I vowed to give it a month to see how it works in the long run for me because FOR ME, this seems like it would be easier for me for maintenance.


HOWEVER!!!!!!!! If you are not to the point in your journey that you are able to stop eating and acknowledge that you are satisfied before you're full then this plan is not for you. If you're not able to tell the difference between physical hunger and boredom/emotional/just because eating, then this plan is probably not for you. IN MY OPINION, this plan is for those who have been on Weight Watchers for a while and have actually learned and engrained the lessons that WW teaches you with portion control. For me, I feel like the light bulb just went off recently and everything I have been doing for the last year and a half just CLICKED. That's why I feel Simply Filling is for me. But I will find out in the long run if that is truly the case!!
With that being said, we are going to the buffet tonight and I realized that I now have a different outlook on buffets. I used to be terrified of them just knowing that I would get off plan or end up having some fried foods and mac and cheese but when my boyfriend asked if I wanted to go tonight, my instant thought was "YES! All the veggies and fish and power foods I could ask for without having to lift a finger in the kitchen!"

Isn't that crazy??? It's crazy to me anyway. haha.

Random NSV: The other day my boyfriend was picking up our daughter and throwing her over his shoulder then he put her down and picked ME up and did the same thing LOL! I never thought I'd see the day where I got thrown over a shoulder. haha

I don't think I mentioned on here that I cut my hair!! Last Saturday I chopped it off. It was time for a change. 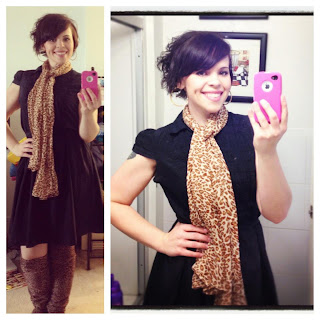 I am officially trained to work a non-center Weight Watchers meeting now! I have to finish some online testing but I have completed my 3 training sessions. I love working for them! Last night after the meeting, the leader gave me such an awesome compliment. I had put in my two cents during the meeting and to one of the new members after and the leader said "Wow Krystle, you really have some great things to say. You are going to be a great asset to this company" .....well if that didn't make me feel good, I don't know what will!! :) 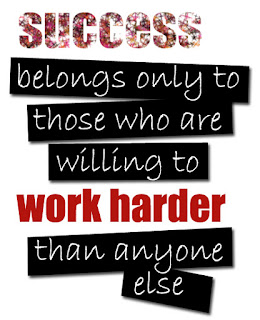 This weekend I promise more in depth posts!!

Krystle
Email ThisBlogThis!Share to TwitterShare to FacebookShare to Pinterest

Your hair looks super cute! So glad you are blogging again! I really missed reading them. And how fun your husband picked you up!! I tease mine that next time we move he is going to have to carry me across the threshold! He never could have done that when we got married. LOL. There are a ton of new experiences out there for you now!
And congrats on the compliment! How nice!

I love your haircut! I don't have the guts to chop off my hair.

Have a lovely weekend!

Absolutely love the hair cut! You are truly a beautiful woman!!! I'm a huge fan of SF and since I've adapted a Clean Eating and Vegetarian lifestyle (90%) of the week SF is so easy. I do track it all though..Isn't it a great feeling to be able to be lifted by a man, by your man!

Interesting read. Thanks for offering some of the ways you portion out your food in order to fit into some of your favorite clothes and blue jeans.

Yes, Facebook is easy to use, fast, sociable and there are many emoji facebook to express. But I still prefer blog :D because I think we have more time to consider which is good to write, which is not :D

I like to get up early to go out and breathe fresh air. I feel that it is good for health and a good habit
19216811ll.com